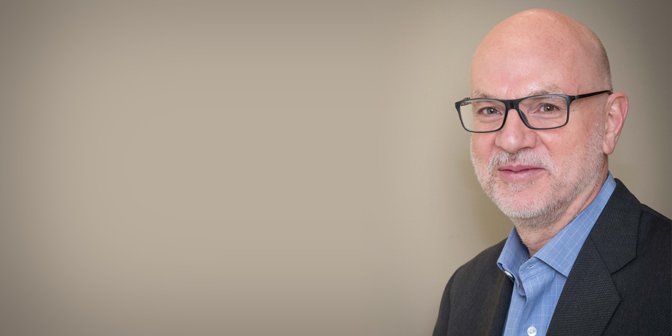 1) Broadly, how do you see the India digital financial inclusion story as unique from a global standpoint? What are the hits and what are the misses?

According to Global FinDex, India improved financial inclusion from 53% of adults having accounts in 2014 to 80% having accounts in 2017. That is a very impressive achievement. Much of that improvement came about because of PMJDY, which depended a lot on state-owned banks meeting Government targets. At the same time, however, the emergence of the India stack

was an important factor with respect to enabling people to open accounts and making those accounts accessible digitally, and thus more useful to people. The India stack is a unique achievement, one that many other countries are interested to emulate. India also has a large and rapidly growing ecosystem of innovative fintech businesses; entrepreneurs who want to and can do new things as well as investors willing to back them.

Usage of accounts is low and there are significant disparities between people: poor / better off, rural / urban, younger / older. Including marginalized people and building the system out to reach the last mile are challenges India still needs to solve.

2) Much has been done in terms of concerted policy shifts and public infrastructure development to drive a digital ecosystem. But traction is still not where it should be. As an example, India has doubled the number of bank accounts but leads the world in terms of account dormancy. If there is one area where the Government should direct its efforts going forward, what is it?

India has long relied on the Government doing things itself, often using state-owned banks to implement its financial inclusion goals. To take things to the next level, I think the one thing the Government can do that will make the most difference is to shift its approach in ways that enable and incentivize the private sector to advance the cause of financial inclusion. This kind of shift could manifest itself in a number of ways: regulating the payments system in a way that makes non-banks full partners and creates more space for them; passing legislation that restores the use of Aadhar to open accounts and authenticate transactions; passing data privacy legislation that protects peoplesï¿½ interests but still allows for innovation; opening up full participation in NPCI to non-banks and innovative financial service providers; and creating an open banking system such as the one Europe now has.

3) Specifically, when it comes to routine, mass payment use cases, typically in informal and semi informal sectors, displacing cash with digital has been an enormous challenge. Acceptance by small, offline businesses remains woefully low. What do you think are some effective new strategies that can be employed here? Are there specific examples you can cite that have worked in other geographies?

This is a global challenge, not just an Indian challenge. Most countries struggle with this, and cash transactions are predominant in most countries. Among wealthier countries, Sweden has gone the furthest towards reducing the use of cash. China has also made a lot of progress, though more so in cities. The change in China came from adding digital payment capabilities to existing mass market use cases such as Alibabaï¿½s mass market online retail business or WhatsAppï¿½s gaming and chat environment. Like many other countries, India has done things the other way around by first building digital payments services that are now looking for use cases. There are no easy answers or magical solutions for this challenge. Financial service providers will have to chip away at it. Things that could help might include focusing more on what people want and improving their user experience; digitizing bulk payments in the Government as well as private sectors; and banks opening up their APIs to allow access for smaller service providers. And the introduction of GST has already begun to change how small businesses operate.

4) The fintech sector has seen significant entrepreneurial activity initially around payments and lending, but now increasingly around wealth management and insurance. However, inclusive business models have been challenging and elusive, especially when it comes to building a base of paying, active customers. What advice would you have for entrepreneurs looking to enter this field? What should they focus on?

It is difficult for me to offer advice. I already see a lot of innovative entrepreneurs making things happen in India. This is a good time for entrepreneurs to get involved. And India has a growing number of angel investors and venture capital funds, local and international, that entrepreneurs can tap into. One thing entrepreneurs would do well to keep in mind is that it can take longer than they often think to make a fintech business cash flow positive. They need to be committed to staying the course and they need to have enough funding to do so. They also should think about what success might look like for them. The microfinance model where MFIs own everything from the customer to the balance sheet, and founders want to keep control of ‘their’ institution, requiring them to keep on raising more and more capital, might not be the best way for all fintechs to succeed. Partnerships are important, and many fintechs may succeed by merging into a larger financial service provider.

5) There has been an increase in collaboration models between fintechs active in this space and large financial service providers, especially banks. However, large institutions often still dominate these relationships, which potentially limits the scale and speed of innovation. What types of cross-industry collaboration models should India consider for greater impact? Are there specific enablers that are needed for these to emerge?

Like everywhere else, the trend in India is towards disaggregation of financial services provision. Banks have dominated for a long time, but that is changing. Specialized business-to-customer and business-to-business fintechs are growing rapidly. Open banking has been introduced in several Western countries, requiring banks to change and open their platforms to allow fintechs to integrate and offer services. Globally, regulators are recognizing the importance of fintechs and introducing regulations to suit them. Payments infrastructure like that offered by NPCI is being opened up to allow non-banks to be shareholders and primary members, instead of having to create bank partnerships to gain access. While there is evidence that much of this is beginning to happen in India, many of the old ways that favor large banks are still in place. Change is inevitable and is taking place at an ever-accelerating pace, so embracing new ways of doing things has become a necessity.

6) India still has 50% dormant bank accounts, 50% without smartphones, about 900M without access to the internet, and three quarters of the population without basic financial literacy. Given where we stand and emerging trends you see, what’s your prognosis of digital financial inclusion landscape in India over the next 5-10 year horizon? And why?

The numbers look low right now. But keep in mind how much progress India has made in recent years. These same numbers make me optimistic when I consider trends over the past few years and the pace at which change is happening. I think there is a good basis to project that by 2020 account dormancy will be much lower than 50%, the percentage of people with smart phones and data plans will be much higher than 50%, and many more people will have access to the internet. India has already invested in ways that will make this happen, and it continues to invest. And I predict the regulatory environment will make progress in the direction of enabling more space for the private sector and for innovation.

Of course, there is a long way to go. India is a very big country with lots of diversity and big gaps between those who are included and those who are still excluded. Specific efforts must be made to close those gaps, and even then, exclusion will not disappear entirely, at least in the short term. But I think that focusing on suitability of financial services, offering products that fit peoplesï¿½ needs and improving user experience in ways that make usage more intuitive and build trust, will lead to more meaningful financial inclusion for most people.

Rakesh is an independent consultant working with various startup ecosystems in India and overseas. Rakesh comes with strong experience of building and scaling up one of India’s finest private incubators (Excubator) for tech startups.

Rakesh has personally mentored more than 1500 startups, has incubated many startups in his early company (Excubator) and has taken large number of workshops on startup development topics. He is a recognized leader in the space of building startup ecosystem and supporting early stage start up ideas.

Rakesh is recognized as one of the Top Gamification experts in India. He is an alumnus of IIT Kanpur. Rakesh is also an experienced life- coach; he runs a specialized life- rebuilding program called “Master Your Life with me” for senior corporate executives.

Alok is Co-founder and CEO of Indifi, a platform for enabling debt financing for small businesses. Alok is also an active angel investor, co-founder of Indian Angel Network, and on the board of TiE (The Indus Entrepreneurs) Delhi. Prior to starting Indifi, Alok setup and ran Canaan Partners’ operations in India, investing in high growth technology and internet startups. Earlier, Alok co-founded JobsAhead.com, a leading web-based recruitment business in India, which was acquired by Monster.com, the global leader in online recruitment.Alok earned a BE in computer science and engineering from the Indian Institute of Technology Delhi and a MS in computer science from UC Berkeley.

Sanjay is well known for his founding role at ZipDial (now acquired by Twitter) and his role at mChek, the path breaking startup in secure payments. Sanjay has trodden the path of an entrepreneur all through his career. After completing his bachelor’s degree in engineering, Sanjay headed to Paris where he earned his Master’s degree.

After a stint at Xerox PARC in Palo Alto, Sanjay embarked on a journey to build world class teams and products that took him through startups like Ketera and Portal Software, mChek, Zipdial & Ezetap which he co‐founded in 2010.

An active member of the community, Sanjay is a Rotarian and a charter member of TiE, a volunteer at iSPIRT, and organizes the Fintech Panel at the Nasscom Product Conclave. He also played a prominent role on the UIDAI project under the leadership of Nandan Nilekani. He is a frequent speaker and evangelist in the entrepreneurship and payments circuits in the country. Sanjay loves to blog ‐ anything you say that is half‐way intelligent will turn into a subject for his blog.

Rohan has over a decade of experience in building large scale distributed solutions. He was at Oracle for 8 years in Silicon Valley and India before co-founding restaurant payments startup ‘Chalo’ which was acquired by OpenTable. He was subsequently Chief Architect for Mobile Payments at OpenTable, based out of India. Rohan graduated from IIT Bombay with a B.Tech in Computer Science after which he went to Stanford where he got his M.S. in Computer Science.