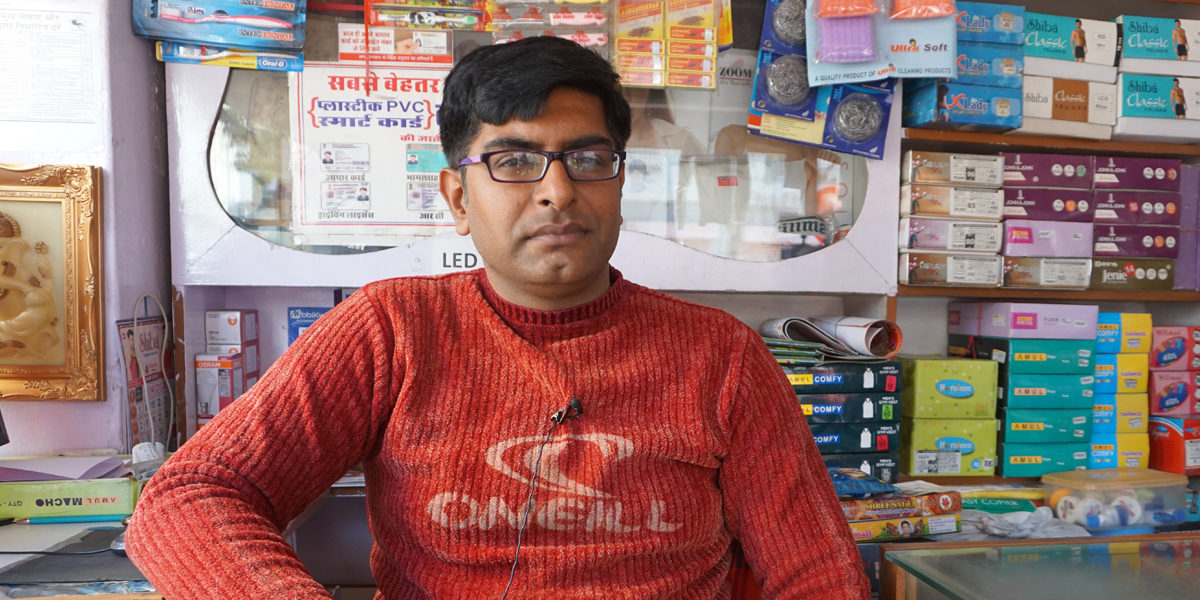 Digital is good for business, adds value for consumers

Dressed in a striking red sweater, Vikas Parnami, is thoughtful and articulate as he manages a steady stream of customers at his small shop that also functions as an eMitra outlet, through which he provides access to government services and accepts payment of utility bills.

“It’s been three years since I started offering eMitra services and have seen a steady growth of customers ever since,” he says, before turning his attention to an elderly customer who just discovered that he cannot make digital payments because because he does not own a debit card.

The 40-year-old is part of a 55,000 strong merchant network in Rajasthan that constitute’s the nucleus of the state-run eMitra platform, which offers more than to 300 services

“We tell the customers who come for eMitra services to try digital payment methods, especially debit cards, but the most frequent and immediate response is one of apprehension and distrust,” he adds.

Vikas’ shop is his own initiative and stores various provisions and goods for daily use. It is a general store, to use the term popular for describing small shops that cater to the neighborhood.

“Most of the transactions are through cash. Although there has been a slight growth in digital payments for eMitra services in the past few months, it is still low,” says Vikas. “I hope it picks up fast,” he adds, smiling.

“The customers need awareness and incentives to move from the cash habit, and we are doing what we can,” he says while rattling out a list of ideas for awareness materials that can be used.

“We could use illustrations, factsheets and WhatsApp messages,” he said with palpable energy in his voice.

So why is Vikas so keen on nudging his customers and challenging what he calls a ‘business as usual approach’, especially among the older age group?

In 2013, Vikas jumped onboard the bandwagon of digital services through a state-level variant called Common Service Centres (CSCs). His shop had few takers in an already crowded and competitive market of neighborhood shops, but the entrepreneurial opportunity changed his business around and set Vikas on a mission to excel in providing paid e-services and establishing a strong bond of trust with them.

“I had barely ten customers for the eMitra services when I started, but slowly my clientele started to grow. I am making money now and the shop is also doing much better. The two businesses complement each other,” he added.

“Customers need to know that going digital is good for merchants as it frees us from the risks of handling cash. It also does away with merchants having to take multiple trips to the bank. For customers, it eliminates the need to have to go to the ATM each day to get cash” he explained as his father joined him in the shop.

“Currently, the ratio of payments is 70 percent in cash and 30 percent through cheques and digital. It needs to change to the exact opposite of that,” he says.

In the two-hour long conversation, we saw just two customers coming in to buy daily items, but there were easily over a dozen to pay bills or enquire about services.